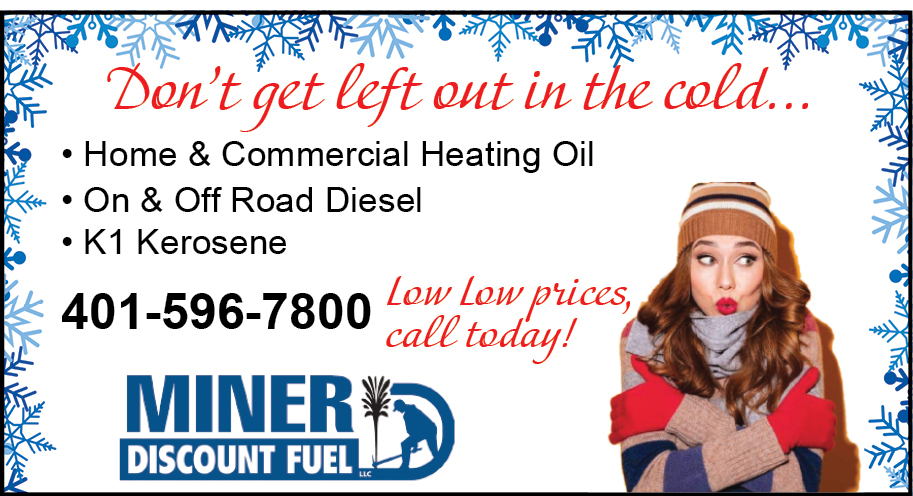 1 Star
By Visitor
Things that make you go hmmmm...
Not sure what’s going on with this business, but it appears to have one rather angry bird manning the nest.
Miner Discount Fuel has only been doing business in the Westerly area for a few short years, yet it appears to be on the rise in establishing a reputation for having the most bipolar customer service ever!
The very nature of the business is ironically apropos given the rather OILY disposition of the woman in charge.
This business has about 50 reviews, most of them more than likely posted by family or friends, and a few by the owners themselves. However, the real REAL are the reviews posted by several individuals who apparently had the misfortune of crossing paths with the hag at the helm.
Take a peek, if you haven’t already. Hard not to see the common denominator. These people are not making this stuff up. To some she is nasty, to others she is nice.
So what gives? Or better yet what is the story with Lori?
Inquiring minds would love to know.
After all, she is a company principal, so essentially an owner. AND she is also the “life partner” of the other owner known as “Rob”.
Which only makes her antagonistic, and blatant hostility toward customers all the more bizarre.
So bizarre. So bizarre.
Quite frankly, if I had not experienced her foulness for myself, I would have been hard pressed to believe that a representative of a business, in the service industry no less, could be so absolutely wicked or unscrupulous.
Brings to mind a poem by Henry Wadsworth Longfellow that goes something like this:

There was an old woman
who lived in a stew
and swallowed a shoe
While it was still on her foot.
"When she was good,
She was very very good
But when she was bad
she was horrid.”

Now I may not have remembered it correctly, and perhaps confused the poetry with other nonsensical lyrics from children’s literature.
None the less, the point I mean to make here is that this is NOT just the typical employee having an occasional bad day, and taking it out on others.
Nope. Don’t think so.
Going off of my very brief, unprovoked, yet extremely disturbing encounter with Lori, I can only assume that there is an underlying health issue, and something more insidious than the general issues that come with normal aging.
Now I'm not a doctor, but....hmmm. Think about it. Especially those of you who know and care about the woman. There may be a rocking chair with nobody in it. Get involved.
#AlzhheimersOrAssheimers?